Rural house built following the tradition of the area, exposed stone, slate and wood. The house is located in the old town of Taüll, right next to the church of Santa Maria, one of the most important Romanesque jewels, recently declared a World Heritage Site by UNESCO, which can be seen from anywhere in the world. the house. It is distributed in accommodations, the capacity of which ranges from two to seven people. All equipped with heating, TV, washing machine, fireplace, bed linen and kitchenware. The house also has a ski storage room, a garden space with a terrace and a car park reserved for exclusive use of the guests. The house itself has an establishment where you can buy artisanal food products or home-raised lamb. It also offers a taxi service to carry out various excursions in the area of the Aigüestortes National Park and Sant Maurici Lake, the quintessential water paradise, surrounded by great mountains, is considered one of the three high mountain parks in the Iberian Peninsula. Great landscape and difficult to find repeated in place. Casa Moneny also offers any information regarding the Vall de Boí, which includes the village of Barruera, head of the municipality, the villages of Boí, Taüll, Erill la Vall, Durro, Cardet i Cóll, the site of Saraís and the Caldes de Boí Spa, where there is an exceptional variety of springs, the water of which enjoys healing and relaxing properties. In the immense beauty of its landscape, with forests of beech and fir, green meadows and villages of stone and slate, there is also a group of Romanesque churches that form one of the most exceptional and emblematic groups in the country, heritage not only of our culture, but now also of the All these churches of harmonious architecture were built from the second half of the 11th century to the first half of the 12th century. The silhouette of the slender bell towers that line the churches helps to give character and personality to the region. After passing the village of Taüll, we will continue along the road until we reach the ski slopes of Boí-Taüll Resort, where the great offer of tracks of different levels means that, without moving from the same place, all of us, both new and experienced, can enjoy this sport.

Other experiences and services related 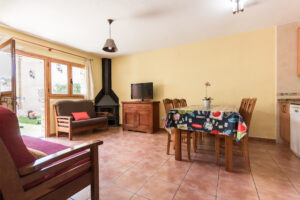 In a privileged location, with the feeling of being away from the world, at the beginning of the Vall de (...) 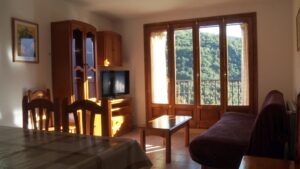 The village of Durro, small and quiet, is a village of multicolored treasures: the lush vegetation of summer, the changing (...) 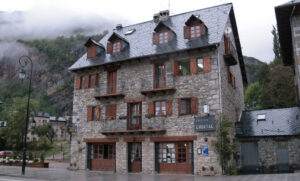 L'Hortal is a three-storey, tiled house built in 1985 with exposed stone walls, iron balconies and a slate roof, elements (...)

Hotel Mestre is an establishment with a long family tradition located in the center of Pont de Suert, it has (...)

You want to be part ofthe Epiremed project

What are you looking for?

We use cookies on our website to give you the most relevant experience by remembering your preferences and repeat visits. By clicking “Accept All”, you consent to the use of ALL the cookies. However, you may visit "Cookie Settings" to provide a controlled consent.
Cookie Settings Accept All
Manage consent

This website uses cookies to improve your experience while you navigate through the website. Out of these, the cookies that are categorized as necessary are stored on your browser as they are essential for the working of basic functionalities of the website. We also use third-party cookies that help us analyze and understand how you use this website. These cookies will be stored in your browser only with your consent. You also have the option to opt-out of these cookies. But opting out of some of these cookies may affect your browsing experience.
SAVE & ACCEPT